There has been some interesting pushback on some of the responses to Beth Moore’s slow awakening, as it were. And I wanted to take a deeper dive into why this isn’t just a story of a woman in the patriarchy seeing the light for the first time.

Beth is not an ordinary white evangelical woman. She is not merely a cog in the machine of American Christianity. No, in fact she has made a fortune (literally, she’s worth 10 million USD) peddling the same toxic theology preached from SBC pulpits by white evangelical men. This is how she attained her power in the first place.

Women within evangelicalism are not power-less. They are allotted power based on the message they convey to other evangelical women and children/teens. If their message aligns with the white male-approved theology, you get to keep your power. If it doesn’t, you are asked to step down, take a leave of absence, move on down the road to a less Christian church. Not to mention the senior pastor will also ask your husband for a meeting so he can get a stern talking to about keeping his wife’s mouth in check.

None of this is new information for those of us who lived and worked and moved in these spaces for any number of years. For some of us, it’s why we stayed for so long. The threat of losing any semblance of power you’ve been given is very convincing in world where you will always have less of it because you were born with a vagina. But very few women rise to the ranks that Beth Moore did.

You’ve heard the phrase “with great power comes great responsibility.” Within evangelicalism, that responsibility holds a different weight. Not only do people rely on your knowledge of the bible and leadership, but you are literally responsible for people’s eternal salvation. The fate of their soul when they leave this earth. Most evangelicals feel this particular responsibility in some shape or form. After all it’s the crux of their doctrine and their very existence. But pastors and authors and ministry leaders are under a different kind of pressure. One pastor I once worked for referred to it as “life in a fishbowl.” You are the fish, swimming in circles. And your team, your church members and visitors and people in your community- they’re all watching. They’re all looking at your every move, waiting for you to go belly up.

The pressure and the fear are very real. Suicide rates among American Christian pastors don’t lie. Drop-out rates are equally high. Burn out is real. The reason I’m painting this picture is so that it helps you understand why evangelical leaders and pastors don’t want stories like mine to ever see the light of day.

They are working so hard to make that fishbowl worth living in. Their livelihood, and the possibility of an afterlife with Jesus in heaven, depends on it. Anyone who comes along and says otherwise is a threat. Now for the sake of time and word count I’m not going to get caught up in the why’s of their life-or-death doctrine. The point here is this, it’s not that they’re unaware that their doctrine doesn’t work for everyone, or that millions of people have left churches behind because of racist, un-affirming theology. They are aware. But instead of listening to leavers in earnest and making real changes in order to stop hurting people, they double down. They defend their toxic theology. They blame leavers for not being devout enough, or just too angry or divisive.

I believe the reasons they do this are two-fold. One, they absolutely believe in the theology they’re preaching, no matter who it hurts, because they believe their own salvation and the salvation of others depends on it. But two, they (the white male pastors in particular) are precisely whom this system of checks and very little balance was built for. It was made by men like them based on a bible which was translated and printed by men who looked like them and will continue to benefit them the most. Always and forever.

The white women who rise to power with the permission of these men understand this. They understand that they must defend and protect the doctrine that gives these men their authority. In Beth Moore’s case, and others like her, she has made a considerable amount of money defending that doctrine. Selling books and bible studies, selling out stadiums and theaters to eager women thirsty for validation that their small role in The Great Commission is necessary. That it matters. That they matter.

How do I know all this, you ask? Because you’d be correct in that I have no uppercase letters after my name, I did not go to seminary, I don’t even have a bachelor’s degree. But do you know why that is? Because I believed powerful white Christian women when they told me I would be totally fulfilled and serving my highest possible calling by being only a wife and a mother. No one told me that when my first child was not even 2 years old I’d fall into the deepest depression of my life, because I just couldn’t understand why I wasn’t good at the thing god supposedly made me to be. Instead, they told me I just needed to wake up earlier every day to read my bible more and pray harder. They told me I needed to stop relying on my own understanding and wait for an invisible god to whisper in my ear. And if I didn’t get an answer, I simply didn’t want to hear it. Rinse and repeat as needed.

This toxic theology is the same theology that Beth Moore all of the sudden deems not that important, or not important enough build a hill to die on anyway. Someone with her power and visibility is not blind to people leaving out the back door. No, no. Pastor’s spend their entire careers trying to solve the problem of retention. And they will blame literally everything under the goddamn sun before they admit that what they are preaching is the problem. They are convinced that as soon as they admit they got something wrong, the bottom falls out on their credibility. And that’s the ball game.

So when we say we’re not handing out cookies for doing the bare minimum, what we mean is the bare minimum relative to the amount of power and influence a person wields. Because when someone has almost a million Twitter followers and only does the bare minimum and everyone cheers, all this says is “that’s good enough, we’ll still like you and buy your books.” And then where is the motivation to create real, lasting change?

For what it’s worth, I do not have a personal vendetta against Beth Moore. I actually like her snark and her attitude toward men in the church who bully her. But this makes me wish all the more that she’d listen to ex-evangelicals when we tell our stories. And that’s why I’ll keep telling my story, and amplifying the stories of others who’ve been chewed up and spit back out by a system that doesn’t see the value in listening to leavers and believing them.

One thought on “Why Power Dynamics Matter in Evangelical Spaces” 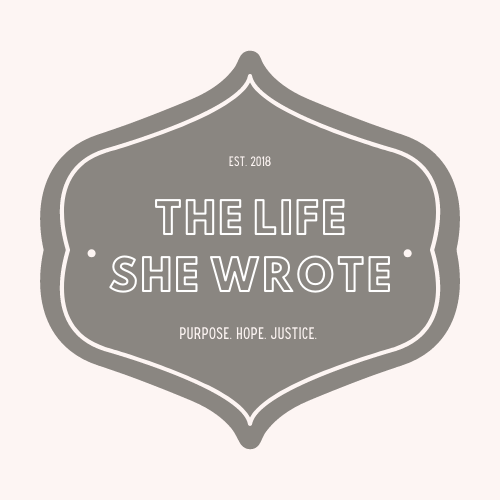